I grew-up near Appleton, Wisconsin, Harry Houdini’s  childhood home and home of a great museum.  Houdini was known for his showmanship and your kitchen will be known for showmanship too if you get a Foodini 3D food printer by Natural Machines.  We’ve written about sugar 3D printers in the past, but the Foodini is “the 1st 3D food printer kitchen appliance to contribute to a healthy eating lifestyle.”  It’s currently on Kickstarter and here’s a diagram that explains the basic Foodini process: 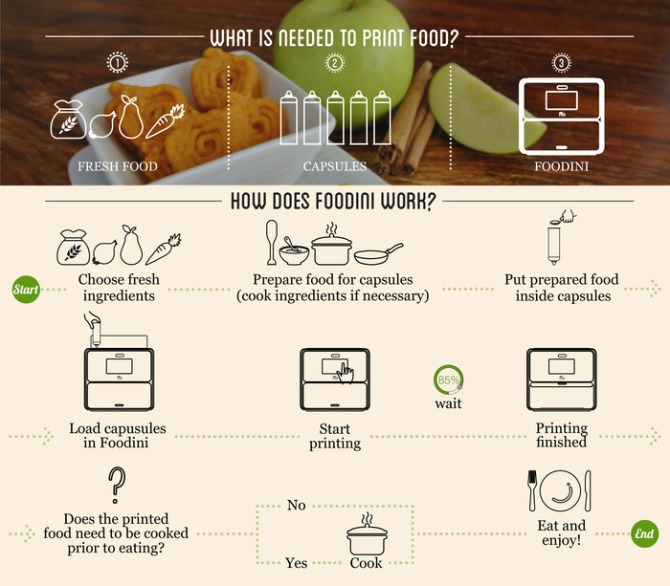 According to Natural Machines:

Foodini is the first 3D food printer to print all types of real, fresh, nutritious foods, from savory to sweet. Designed for home and professional kitchens, Foodini comes with empty food capsules. You prepare and place fresh, real ingredients in Foodini. No fake food. No being forced to buy pre-filled food capsules. Made with fresh ingredients, this is real food… 3D printed.

You can sure make some interesting things with Foodini.  You’ve probably seen chicken nuggets at the store in the shape of dinosaurs or smiley face tater tots and you’ll probably guess they’re filled with sodium and preservatives.  Imagine being able to make these for your kids with organic veggies or ground boneless chicken breast in your own kitchen.  Maybe you want to print salsa containers with ground corn or make themed waffles, all these could be a possibility with Foodini.  In an era of Pintrest one could imagine the ability to exchange designs and ideas to bring 3D printed works of gastronomy into every home. 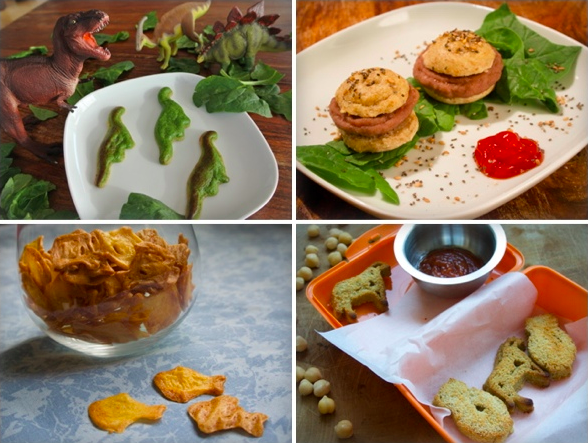