Maybe you’ve heard about some of the privacy worries and fist fights or people getting kicked out of businesses over Google Glass and fears of being filmed.  It seems to be the thing replacing 3D printing of guns in mainstream media in terms of new technology concerns.  I’ve also heard of door mats that will weigh everyone who comes to visit you.  Are these things invasion of privacy or just the natural evolution of cellphone video cameras and cameras at every street intersection?

Now I for one might feel a little self conscious in a locker room if a guy with Google Glass was staring me down (especially since the thought is to build it into prescription lenses), but what about not just image capture, but the ability to capture 3D scanning information?  If you’re a business could someone recreate your products?  Could someone determine every measurement on your body? Cameras can now even use short wavelength radiation (think airport security machines) to create some NSFW images in public without your consent or knowledge with the wink of their eye!  XBox One Kinect technology could even be incorporated.  It’s already used in supermarkets to determine sex and body type to customize in aisle impulse marketing and  can even read biometrics like your pulse rate to perhaps tell if you’re lying.  Even phones are getting top flight scanning technology.

Google glass is getting a lot of the buzz, so much that Google even responded to what it it calls the, “Top 10 Google Glass Myths” on it’s Google+ page (Yes, Google+ does have useful content).  Here’s maybe the most pertinent response from that post:

Myth 10 – Glass marks the end of privacy
When cameras first hit the consumer market in the late 19th century, people declared an end to privacy. Cameras were banned in parks, at national monuments and on beaches.  People feared the same when the first cell phone cameras came out. Today, there are more cameras than ever before. In ten years there will be even more cameras, with or without Glass. 150+ years of cameras and eight years of YouTube are a good indicator of the kinds of photos and videos people capture–from our favorite cat videos to dramatic, perspective-changing looks at environmental destruction, government crackdowns, and everyday human miracles.

I’m a believer in measure and countermeasures.  One of these was developed by Todd Blatt in the form of the Google Glass Lens Cover available for $9.99.  This is a simple, eloquent and awesome solution to the problem.  What if at a museum or locker room you were just required to have a clearly visible cap on your Google Glass?  Simple right?  My gut tells me in 20 years Google Glass fears (or similar) will seem as silly as not having a camera at the beach.  Sure a girl may not want a bikini pic on the web and any technology can be abused, but with proper etiquette and a few simple safeguards, the benefits of a new technology can far outweigh the risks and fears. 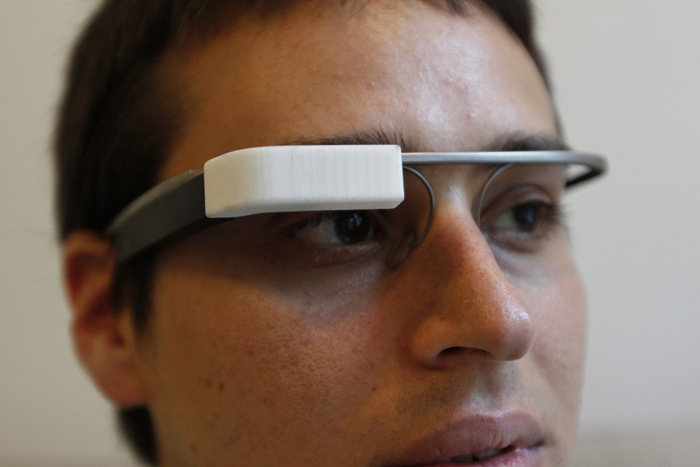